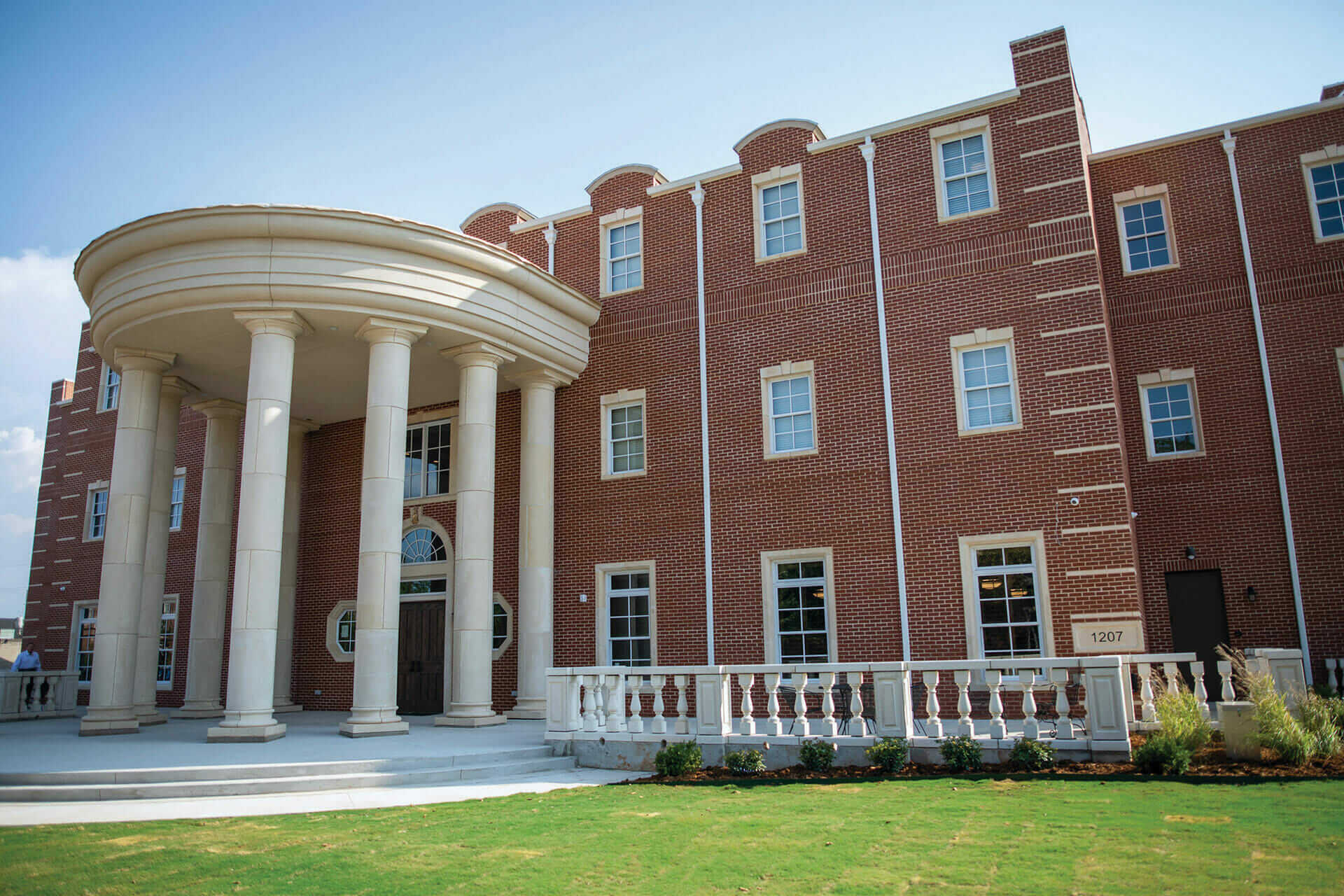 A DNA of Leadership

“Make no mistake about it, Beta is embedded everywhere among the top echelon of leaders throughout campus.” So remarked University President Burns Hargis as he kicked off the Grand Opening Banquet for Beta’s newest treasure at Oklahoma State.

A member of Sigma Nu and staunch advocate for Greek life, Hargis wasn’t heaping such praise out of a sense of duty, nor to patronize the hometown crowd of 350 Betas and guests. His words reflect deep sentiments of respect that are pervasive throughout the state: Beta is wired toward leadership and, in Stillwater, that DNA has existed about as long as the chapter itself.

Born out of the 1907 founding of Delta Sigma local fraternity at Oklahoma A&M College whose band of brothers were determined to become a part of Beta Theta Pi, the campus’ first Greek-letter organization was eventually installed in 1923 as Beta’s Gamma Lambda Chapter. Marked by high point upon high point in its nearly 100 years on campus, on October 5, 2019, another milestone in this storied chapter was written for the history books – dedication of the newest and largest fraternity house at OSU.

While Gamma Lambda boasts a strong reputation at all levels of the Fraternity, it experienced a significant stumble in 1998, resulting in the chapter’s closure due to hazing and substance abuse, as well as sub-par academics and financial performance.

Thankfully, the Beta Stars would shine again in Stillwater as Tim Wright ’73, stepped forward in 2001 to guide the refounding fathers as chapter counselor in conjunction with the General Fraternity-led recolonization. Operating under Beta’s acclaimed Men of Principle initiative, the chapter skyrocketed to the top and a culture of determination was quickly restored, balanced with the humility and kindness one would expect in a state like Oklahoma.

Asked how the chapter has remained successful year after year, Wright’s assessment is convincing and without hesitation: “Self-governance. Our guys don’t give anyone a pass. They hold everyone to the same standard and mean business when it comes to a non-hazing pledge program and keeping the house substance-free.”

That culture of drive and accountability was emphasized on stage by President Ashton Conner ’21: “We run all aspects of this university: 3.4 GPA, ranking first or second virtually every semester; a chapter size of 176 compared to the all-campus average of 78; 14 out of the last 15 years we’ve swept intramurals; the current IFC president is our brother Nathan Moore ’20; and we are a ‘show powerhouse.’” (Referencing the chapter’s consistent sweep of OSU’s jaw-dropping annual talent competitions.)

Emcee Bert Belanger ’79, reinforced Conner’s assertion, proclaiming, “I’m so proud of Beta’s Men of Principle program and brand and what it has done for our Fraternity.”

The chapter’s consistent success is certainly why, by 2013, it was determined the nearly 75-year-old house – originally built in 1939 for $80,000 and used as “Victory House One,” a women’s dormitory from 1942-45 during World War II – had outlived its usefulness and was not viewed competitive by today’s standard. Spending more and more annually on infrastructure upkeep, House Corporation Treasurer Greg Colpitts ’88, presented to fellow alumni board members a picture of a new fraternity house with an accompanying card that read: “It is time.”

Joined by longtime House Corporation President Brad Black ’77, and two dozen other alumni, a campaign was launched with Mike Wright ’71, and Chuck Hensley ’67, tapped as co-chairs. Resulting in nearly $3.6 million raised to date, the $7 million facility is certainly a beacon of pride for the chapter’s 1,600 living members.

As Colpitts and Black were honored for their 25-plus years of house corporation leadership, Black remarked emotionally:

“Seniors of many houses often move out their senior year. But I say to the seniors of Beta Theta Pi, you will soon have adult responsibilities and the burdens and joys that come with them. Be aware of where you are and the opportunity you have to live with your brothers that you can never do again. Do not give these years away.”

At Oklahoma State University, a new Beta house stands as tall and proud as it does wide in both warmth and character. And the conviction and passion for the honor of being a Beta remains. Just what should be expected from one of the greatest fraternity traditions in all of North America.