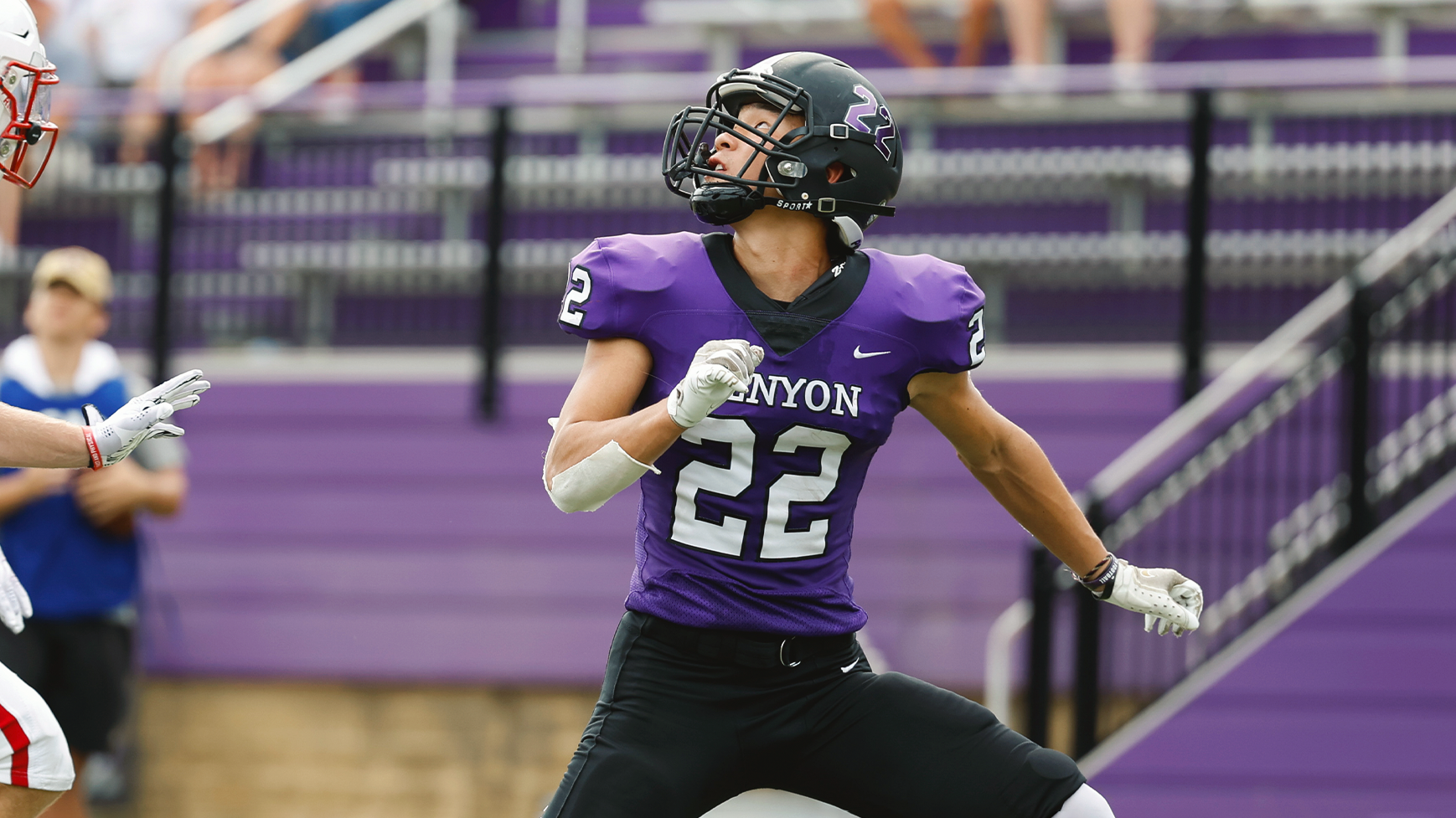 By Beta Theta PiNovember 22, 2022No Comments

In one season, Zachary Kim, Kenyon ’25, went from three receptions for 19 yards to leading the Owls receiving corps with 69 receptions for 1,196 yards. His skill was heavily relied upon by not only his team, but his Beta brothers. In fact, 25 players on the 58-man Kenyon roster bear the badge of the Beta Alpha Chapter. Quickly, he clearly became a favorite target for chapter brother and starting quarterback Ryan O’Leary ’23. Brother Kim surpassed the century mark in receiving yards five times over the course of the 2022 season, averaging 10 or more yards per catch in all but one game and 20-plus yards per catch in five games.

It was a home stand against DePauw­—a Tiger team with four of their own Beta brothers in the lineup—when Brother Kim had more eyes look his way. In the match-up, the sophomore wideout found the end zone four times and noted his name in the record book having notched 280 receiving yards in the game. D3football.com named him to the national team of the week as a result of the performance, his second time of the season getting a national nod.

The game against DePauw wrapped up a three-week home stretch against North Coast Athletic Conference opponents where Brother Kim tallied 10 touchdowns and made 32 receptions for 597 yards, all with the Lowry Center—named for Bill Lowry ’56—as the backdrop. He closed out the season with 13 touchdowns—one shy from another school record—and named a First Team All-NCAC selection for his efforts.

Grease Is the Word