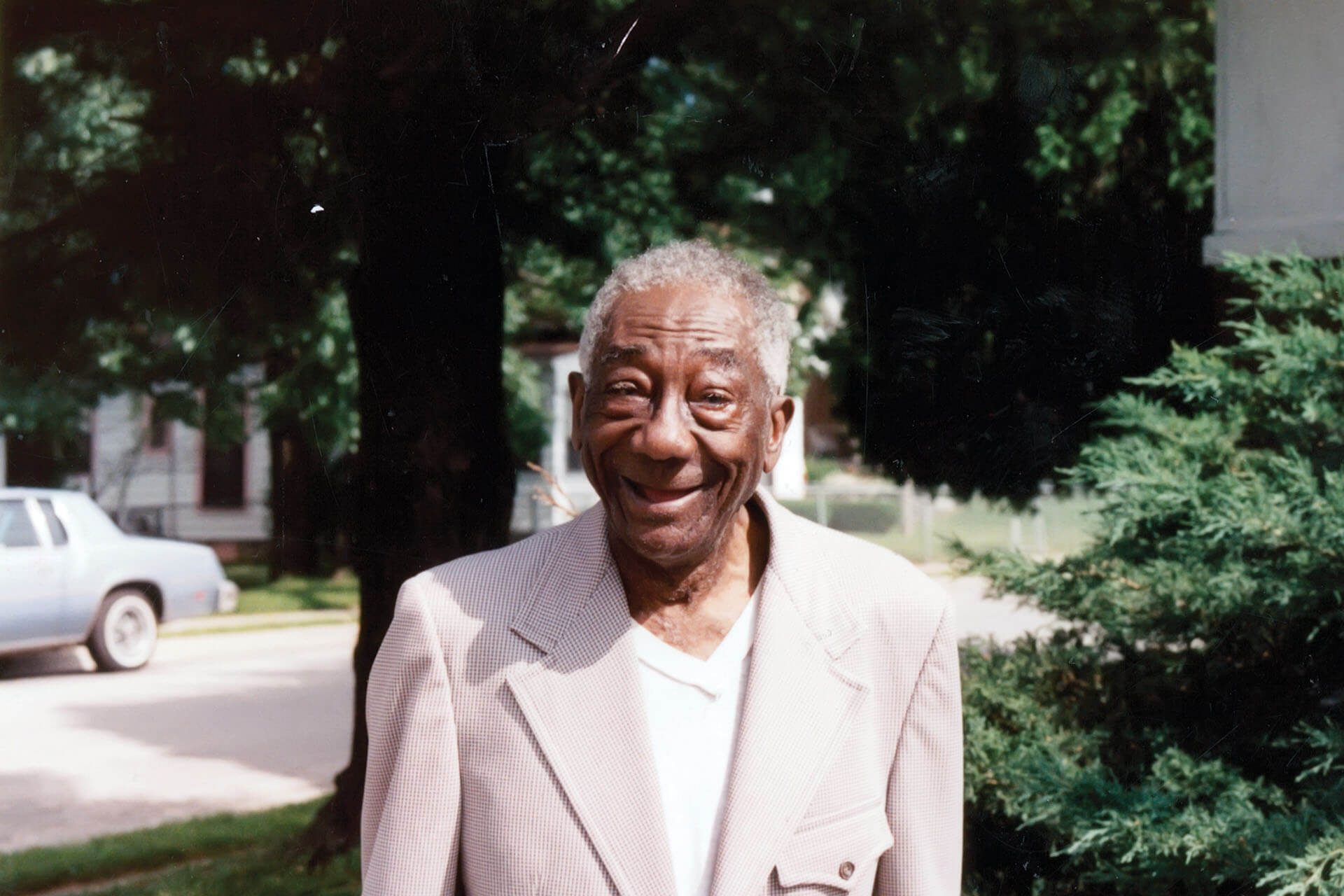 An Initiated Houseman Missing From the Roll

Oscar Chapman
An Initiated Houseman Missing From the Roll

Brothers at DePauw University always came to the same consensus: “I don’t know when Oscar’s going to retire, but whenever he does, I want you to initiate him.” Like clockwork, seniors made the same comment, year after year, at their final chapter meeting. Again and again, “When Oscar retires, he should be initiated as a member.”

When it finally came to be, however, his name was left off the Delta Chapter Roll.

Oscar Chapman, a Black man who served the chapter as houseman for more than three decades, always left a positive impression with everyone he met. He was said to have had a smile that radiated warmth throughout the room. A lovable guy, brothers were accustomed to him being in the house and appreciated his consistent, constant encouragement.

On April 5, 1970, he witnessed the secret Ritual of the Fraternity in the hall of the Delta Chapter. He learned the password and Beta Grip and he passed the Loving Cup with his new brothers on the front lawn adjacent to Anderson Street. One step of joining the Beta brotherhood—putting pen to paper and etching his name into permanent chapter history—was overlooked, however.

Oscar’s initiation was also never reported to the Administrative Office in Oxford. At the time, DePauw was not as integrated of a campus as it is today. Phil Eskew ’63, recalled, “A handful of my football teammates were Black, but there were few students of color on campus otherwise.” Even into the 1980s, the total non-white students was less than 50. It is not hard to imagine Oscar’s race could have been the reason why the chapter kept hush on the initiation. Or, it could have been as innocent as administrative oversight in the hustle and bustle of undergraduate chapter activities. Young men are often disorganized.

Oscar first arrived in Greencastle, Indiana, in search of work in the 1920s. He was born to work with his hands, raised on his father’s farm outside of Nashville. He made the trek some 300 miles north, leaving his two children behind, before finding a job as a hod carrier. Back and forth, he lugged the bricks that formed what is today Mason Hall at DePauw, an upperclassman residence hall.

When the building was complete, two brothers tried to convince him to stay in Greencastle as the houseman for their fraternity. The pay as a laborer was more than what the Betas could match, but at a rate of $15 per week and three meals provided a day, Oscar stayed. Before long, he saved enough money for his son and daughter to move in.

Oscar is only the beginning of a legacy his family has had on DePauw and the greater Greencastle community. His daughter, Dorothy Brown, has had an illustrious academic career, including first Black woman to teach in Greencastle schools and to become principal. Later, she became the assistant dean and director of minority affairs at DePauw after years as an education professor. The Cultural Resource Center on campus is named for Dorothy, and she received an honorary doctorate from the university in 2018. Her daughter Charlene Shrewsbury, granddaughter of Oscar, currently serves campus as the chief of the police division.

After retiring from the university, Dorothy followed in her father’s footsteps. She was hired by Kevin Eskew, Phi Kappa Psi—son of Beta Brother Phil Eskew—as housemother for his chapter at DePauw. She filled that role for 26 years.

During his tenure, Oscar seemed to enjoy everything he did. He was tasked with keeping the chapter house in its best state; he swept the halls, mowed the lawn and fixed whatever the Fraternity needed.

“He came into your room while you were studying and emptied your waste cans,” said Eskew. “And I can still hear him; it didn’t make any difference whether you said anything to him or not, he would come in the room and he’d say, ‘Just fine, just fine.’”

He was there for the brothers every day and he was part of their brotherhood. They learned from him as much as he was an ear for them.

As early as the 1940s, Oscar heard rumblings of a forthcoming house renovation. Brothers went as far as promising him an elevator in the new facility, but he began to wonder if he would ever see the day it was raised. The groundbreaking was delayed but the new chapter house was completed in 1958. “I might not have my elevator, but I love this house as much as the boys do,” Oscar said. “I’ve more area to cover but it sure is easier.”

In addition to cleaning and maintenance, Oscar knew how to cook. He was chief of the chapter’s annual pig roast. Oscar, along with the young freshmen, would roast pig halves through the night. It was ready to be served up by the following afternoon after some chickens were roasted over the hot embers, too.

It was tradition for senior Betas to take part in Oscar’s famous end-of-year dinner, a tradition that stood since the late 1930s. After getting through final exams, brothers waiting for their degrees to be officially conferred would congregate in Oscar’s humble home, mere blocks away from the chapter house. The menu for the night was consistent; you could always expect a hearty plate of fried chicken, mashed potatoes and gravy, corn, green beans, coleslaw and rolls, all with a glass of iced tea and beer to wash it down.

On occasion, Oscar would help the cooks in the kitchen at the chapter house. When it came to those senior dinners, however, it was often his daughter Dorothy who was charged with helping her father. She recounted, “Never was I so glad to get old enough to get out of that house, so I didn’t have to pluck those chickens.”

Because of his kindness toward the brothers that he befriended during his tenure, Oscar’s legacy continued after his passing in 1991. Joe Allen ’59, and Dave Allen ’61, helped launch a scholarship in his memory at the Beta Foundation in Oxford. Walter Sampson ’58, also endowed a fund in Oscar’s name that sponsors DePauw brothers to the Fraternity’s leadership programs each year. He lives on in the hearts of so many more that have shared his story. And now, he is officially written into Delta Chapter history.

A public initiation was the first of its kind for DePauw. Ritual, including the Initiation Ceremony, has always been private and held dear to the brothers of Beta Theta Pi. Although already initiated 50 years prior, the brothers believed he needed to be preserved once more in the Roll.

On November 7, the special proceedings took place under the tent staked to the front lawn where Oscar once stood. Ben Lupton ’23, former chapter president, read through the opening paragraph of the initiation Ritual before pronouncing Oscar’s Roll Number for the first time: 2577. In his stead, his daughter Dorothy penned Oscar’s name into the official register.

The lunch menu after the ceremony was handpicked by Dorothy. There was no better way to celebrate Brother Oscar than over a plate of fried chicken, mashed potatoes and green beans.

Esports Guru Named to Forbes 30 Under 30